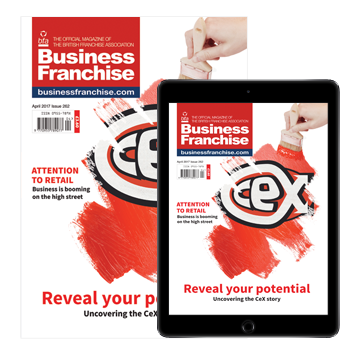 Feed the masses with a food franchise

Running a food franchise embraces all kinds of business, from over the counter takeaway to delivering organic, ethically grown veg direct to homes.

The UK’s food franchise scene runs the gamut from quick-service to slow food, with something for every taste. In 2012, the quick-service food industry in the UK had an estimated worth of £3.5billion, and 2013-14 forecasts by the Centre for Retail Research put food sales growth at 3.2 per cent – almost an entire percentage point higher than non-food sales.

Fast food is growing more rapidly than any other sector as instant gratification for the customer adds up to sustainable income for the franchisee. Quick-service food has long been a staple of franchising, providing speedy, comforting meals and a host of household names. This makes for a lively UK market that’s attracting established overseas contenders like Steak Shake, and global sandwich giant Quiznos, who can draw on three decades of experience in the business.

The ‘slow food’ movement is getting in on the act too. Householders who want to eat locally produced or organic food are seeking out artisanal producers and vegetable box deliveries and cooking from scratch at home. Riverford Organic Farms have been a British success story, with around 40,000 regular customers. Whether high-end or convenience foods, quality and trust key: consumers are increasingly well-informed about food production and demand high standards.

Savvy franchise brands are upping their game by developing high-quality versions of traditional fast food. Bahrain-based Shawarma Express is aiming to introduce its traditional Arabian food to a UK market that’s rarely experienced the real deal at a mass level. Interest has been especially high in London, and they expect to open their first outlets before Christmas 2013.

Papa John’s Pizza is also tackling a busy market head-on with a commitment to quality, using 100 fresh dough for their pizzas. At 225 British they’re still far from saturation, with key markets up for grabs.

The UK’s largest chain of fish and chip shops, Fish’n’Chick’n, will launch their new, high-quality chippy franchise, Churchill’s, at The National Franchise Exhibition in October. James Lipscombe, managing director and founder of Churchill’s Fish and Chips franchise, points out: “food franchising has a year-round demand that’s recession proof.” The restaurant business is challenging even in the economic boom years, but convenience food fits tight budgets while still feeling like an indulgent treat.

What’s more, your message is simple – there’s no complicated concept to explain. Amy adds: “Buying a food franchise means that you’re not required to create demand, develop a new market or explain your business value to potential customers – there’s existing and growing demand and customers understand your model!”

Here, three franchisees explain what drew them to enter the food business.

Craig Newnes, 45, is a McDonald’s franchisee running three restaurants in the Colchester area of Essex. He joined McDonald’s in 1990 as manager, working his way up to managing a branch that won Store of the Year in 1994. After working in various managerial and consulting roles, he set up his own franchise.

You have a diploma in hotel and catering management and started out working for major hotel chains. Why did you make the switch to McDonald’s?

Right from the early days I really enjoyed working in an industry that had customer interaction at its heart and was geared around delivering the best possible experience to visitors and guests. For me, my decision to move out of the hotel industry was really about seeking more opportunities for career progression and finding the chance to continue learning and training while working at a job that I enjoyed and got paid for. That’s exactly what McDonald’s had to offer. I got to move up through the business, developing new skills and finding that investing time and hard work really did breed success.

In 2006, you started your own McDonald’s franchise in Tilbury, added another in Thurrock in 2009 and then relocated to Colchester this year, where you run three franchises, what was the impetus to expand?

I obviously had the benefit of having worked for McDonald’s for more than 20 years and so knew it was a business that I was passionate about, trusted and felt supported in.

What’s it like to work with such an established global brand?

To be part of a brand that is the leader in its field is a privilege and it’s a path that has allowed me to learn new things, apply my skills and evolve my entrepreneurial talent. It can be a challenge to put your own stamp on the way things are done, but for that just meant ensuring that we remained 100 customer focussed and that we had a working culture that was based on honesty and hard work. The people that I had working around me bought into my vision and helped me succeed in my goals while developing their own careers too.

What’s your advice to people considering a franchise?

You have to love the brand part of. All my research and experience made me sure that McDonald’s was for me because I love working with people and helping them develop their skills and talents. There’s nothing better than watching them grow with the business.

Charlie Bush is 36 and lives on the border between East Lancashire and West Yorkshire. He’s originally from the West Country, where he heard about Riverford, and started running their Clitheroe–Burnley franchise in May 2012. Riverford been running an organic produce home delivery service since 1986.

What did you do before you took up the franchise?

I was in the corporate world of sales, marketing and event planning, all of which is very useful to me now, but I was keen to get out of the rat race and spend more time with my young family. I was fed up with working for other people and having to beg for a two-day holiday. I wanted to be my own boss.

Why did you choose Riverford?

On a practical level, it fit the bill and it was very good value – I couldn’t spend the earth. On an ethical level, I care about food and where it comes from. My wife has a natural and organic skincare business so it’s been part of our lives for a long time. You’ve got to have that enthusiasm and passion for it – you can’t just treat it as a moneymaker because when you’re out at agricultural or food shows talking to potential customers you need to win them over. For that, you need a solid understanding of the industry. People ask a lot of questions! The most satisfying customers are the ones who start out trying to belittle organic farming, and then turn out to be the most loyal clients.

What aspects were challenging?

I was torn when I started because it didn’t make economic sense to be travelling big distances between a small number of customers, but I realised that there was a bigger picture and I needed to start like that and try to get my numbers up quickly. I take in both the rolling hills of the Ribble Valley and the rundown of Burnley and Blackburn. It’s very diverse, but so is the customer base. People’s spending habits are so different, but I find people on a low income will still prioritise good food. The most daunting thing was trying to get my numbers up but I wasn’t under any illusions, and Riverford very transparent when they showed me the figures. It was a very honest launch and I realised there would be a lot of work involved, as there would in any business, but you get the benefits later.

What growth has your franchise shown? What’s your ultimate goal?

I’m at 200 boxes a week now. I spend a couple of days working from home, I’m at shows at lot at the weekend and me and the driver delivering a couple of days. I broke even at 60 boxes a week. I’m making a living, which is great. I want to be gaining a year and up to 500 plus total by the end of my first five years.

What kind of support network does Riverford have?

You get a huge amount of support from Riverford. The home farm up here in North Allerton has a great, supportive team and they’re there at the end of the phone to help you out. They’ve got a strong brand and reputation but if you want to go further you’ve got to be inspired and be a bit creative. I’m in contact with three or four franchisees who are all in the same boat, and we chat and share ideas. I don’t have to worry about quality – the products are all perfectly picked at the peak of their life.

Nichaphat Maguire lives in Navan, County Meath in Ireland. She and her husband own two Subway stores in the Blanchardstown and Liffey Valley Shopping Centres in Dublin. She started out in catering but grew frustrated with the lack of opportunity. In November 2007, she launched her first franchise.

What did you do before franchising?

Before becoming a franchisee I worked in the catering industry as a kitchen assistant in a Thai restaurant. I found that the prospects to grow and move forward were limited, and it was frustrating. Becoming a franchisee was a huge change but I still have a keen interest in cooking and different cuisines. Last year, I entered Masterchef Ireland, which was probably my toughest challenge to date! I was very proud to get through to the final three.

Why did you choose Subway?

We were looking for something that would be easy to set up, with a good support network behind it that we would be able to draw expertise from. We wanted to be part of a big strong brand that people would trust and have heard about. We saw a gap in the market in our local area and realised that a Subway store was a perfect fit. As a new business the Subway brand offered us a lot of training and support, which really helped us to the ins and outs of running a successful business.

What growth has your franchise shown?

In 2012, after five years’ trading, we felt in a strong enough position to open our second Subway store in Dublin.

What aspects were challenging or needed a creative approach?

We have found the recession to be our biggest challenge; the population has less money to spend than ever before. Our challenge now is to ensure that we maintain our sales and strive to improve them – something we have been fortunate to do over the years. Important future steps for us will include a focus on in-store promotions to build up our sales as the economy slowly works its way out of the recession.

What are your tips for people who want to follow in your footsteps?

Do your homework, because you need to know exactly what the business entails and how you intend to run it, you have to keep your eye on the ball. The Subway brand is a great franchise opportunity but you need to work hard and understand how it works to ensure you are successful, there are field consultants and development agents from the Subway brand on call throughout to help with this process. 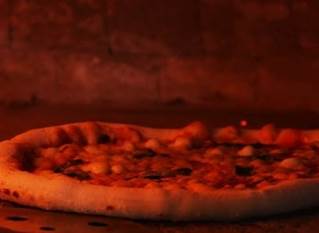 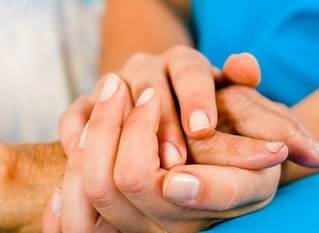 Keeping up the pace 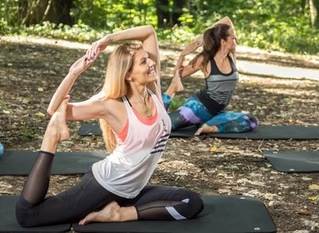